Back to all posts

I only do my best when I have to...and that's bad. It's honestly the story of my life and as I look back upon my years it's embarrassing. I've realized that I'm fundamentally lazy which results in behavior that is fundamentally disrespectful towards the giant shoulders on which I stand. Deep down, despite the fact that I started music at a relatively late age, I know that I should have mastered AT LEAST one part of my craft. I should have complete control of either my voice, my piano, or composition. You see, my friends, to a large extent I thought I could get by and find great success by doing JUST enough. I thought I was special and therefore didn't have to do everything at a high level. From grade school to college to music, this has been my philosophy.... Do JUUUUST enough to get by. I graduated from college with a 3.7 without much difficulty. I slacked off as much as possible and then turned my brain on only when it was "go time" and then of course, my work paid off. But I could have done so much more as a student (at all grade levels) and God only knows where that would have led me. Even worse, I especially had these thoughts regarding music. I was aware of so much subpar talent finding success in the industry, I figured that if I just got a fundamental understanding of the craft, I'd find my space and be content with it. I'd think "Why study as hard as Stevie Wonder? You're not gonna be that good, anyway. But, HEY, at least you'll know more shit than most cats and therefore put out a better product than the average pop singer, right?"

So, who gives a fuck about how good I could have been as a student or about how much better I could be at my craft at this point in time? Am I saying all of this just to make myself look like a lazy genius who is half bragging in the corniest and most vapid way ever? Maybe a little bit.... But my point is that my actions have done a disservice to my ancestors and to humanity. To whom much is given, much is required and I haven't given enough to fulfill that requirement. I'm scrambling to reach excellence in the midst of raising two babies with my wife and the scramble is all the result of my laziness. The Sit Down was me at my best, but I wonder how much better it could have been if I'd have insisted on getting A's in all of my classes. What if I'd have really spent the time developing my ears to the point where I can hear an entire score in my head just by reading it? What if I had taken the time I used to have to really master certain keyboard skills that were asked of me in undergrad? I'm guessing that The Sit Down would have been even better and that would not only have been good for my career, but good for your ears and good for art as a whole.

Maybe I'm just a rambling middle-aged man who is going through the common "crisis" of realizing what could have been, but either way I've gotta find it in me to do my best at everything I do from here on out. One day you wake up and realize that whether or not you want it, the baton has been passed to you and it's your turn to run. I've been taking good care of my health and doing what I can with the time that I have, so I hope to have many years ahead of me to run a long race even if I'm not the fastest at this point. But from here on out, I've got to completely commit myself to doing my best at every single thing I’m involved in. I'm also probably gonna have to cut some things out of my schedule so that I can concentrate on the things that matter most.

All I know is that people who have been gifted with the support system and education that I have been given owe humanity. I've known this, but I've been childishly and stupidly naive about what I really owe. I'm the talented tenth just based off what has been handed to me. And here's the problem, I'm not meeting that standard consistently. Changing behavior patterns is difficult, but I have to change mine. I have to change them not for me, but for my dad who has spent his entire life serving his community all the while working three jobs so that I could go to private school and graduate from Morehouse College with no debt. I have to change for my grandmothers; two black women who were educated and who accomplished WAY above what was normal for the times. For my mom, who was surely one of the first black cello students to attend The Peabody Conservatory. For all the freedom fighters from the past who did way more than me so that people like me can have an easy existence.

Oh well...after all these words that I've shed here and the time you've spent reading them, all that matters is me getting off this computer and getting to WORK. 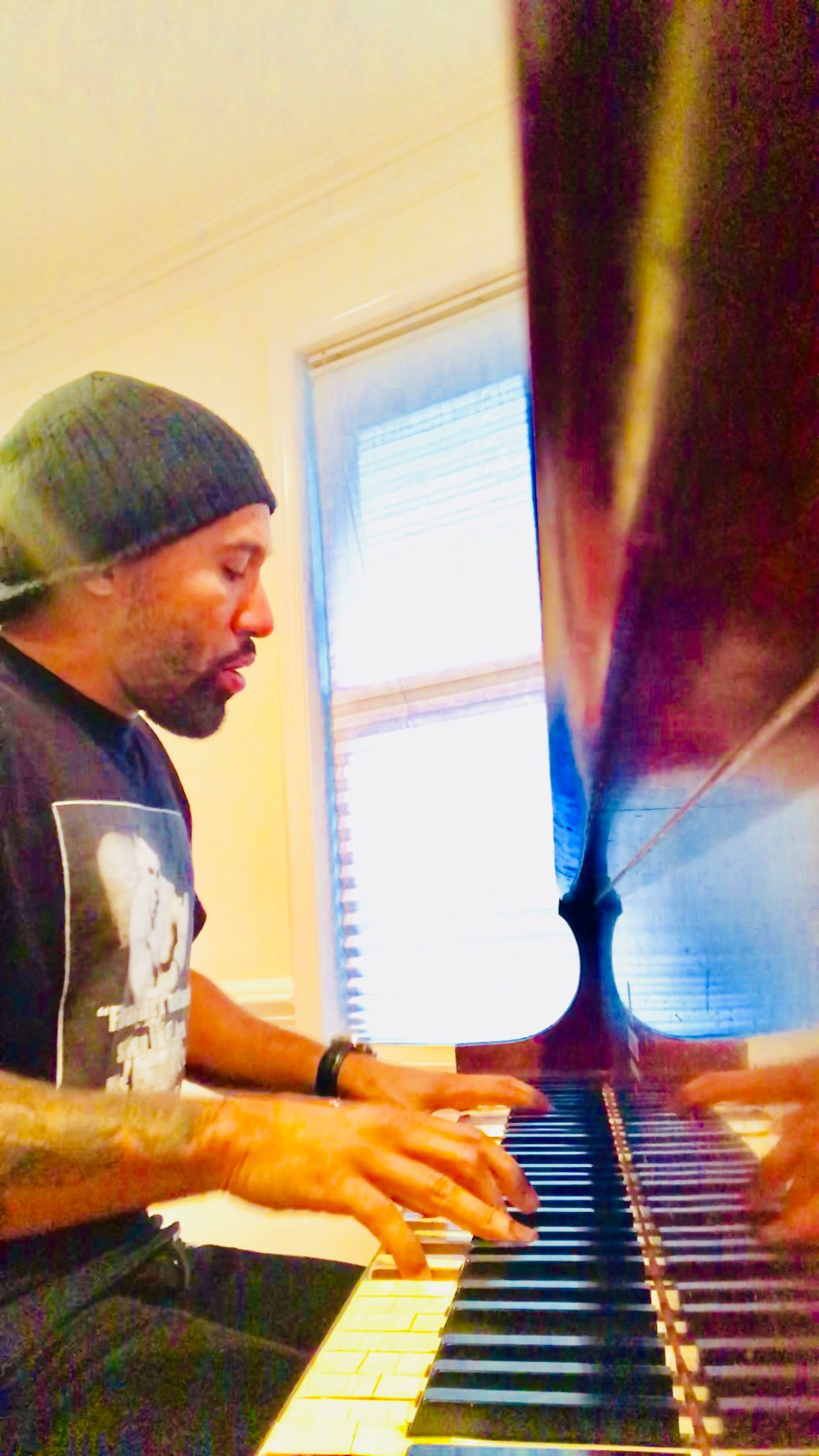